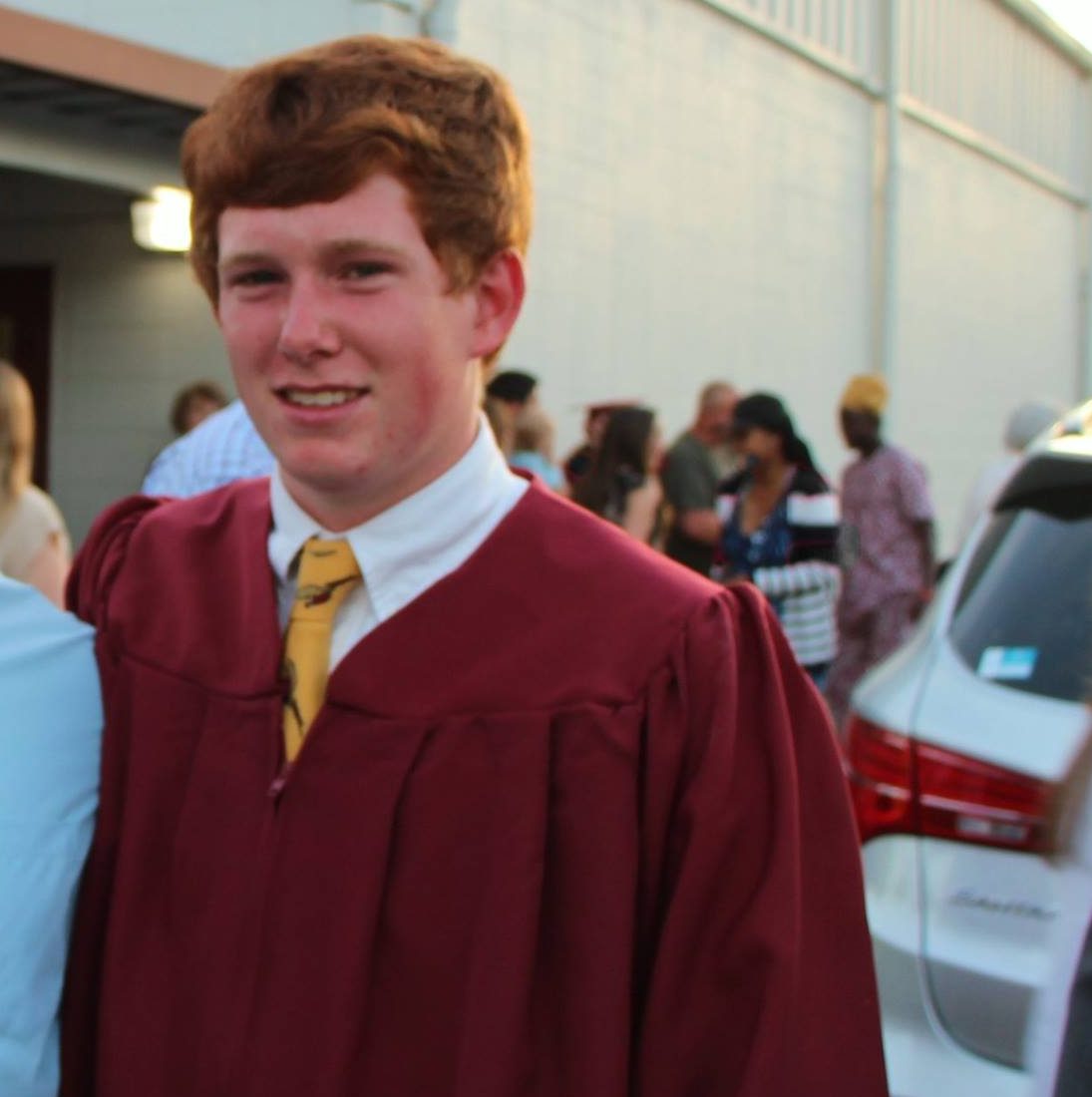 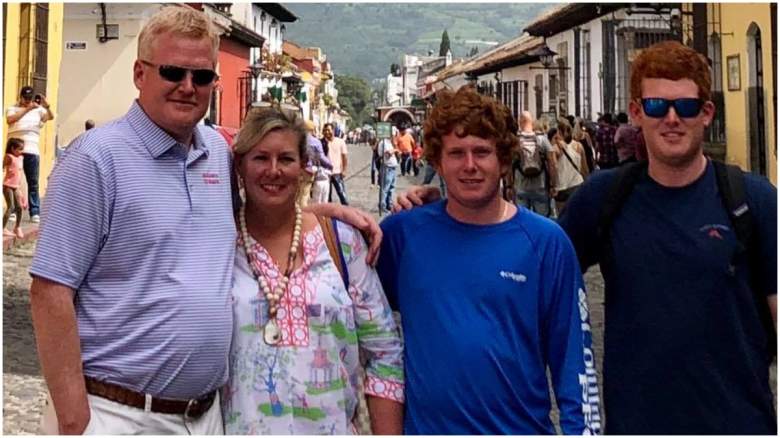 Facebook Paul and Maggie Murdaugh with Alex Murdaugh and another brother.

Paul and Maggie Murdaugh were a mother and son from a prominent South Carolina family who were found shot to death at the family’s Colleton County hunting lodge, “Moselle,” on June 7, 2021. The family’s law firm confirmed their deaths.

Paul Murdaugh was a controversial figure who was involved in a 2019 fatal boating accident that took the life of Mallory Beach, 19. Murdaugh, 21, was from Hampton, South Carolina.

The Murdaughs are a powerful legal family in South Carolina. The State newspaper described the family as representing “power, justice, and big money” for nearly a century. The hunting lodge is located in Islandton, South Carolina.

Alex Murdaugh, the father of Paul and husband of Maggie, has now also been shot in a separate incident along a rural roadway, adding to the mysterious sequence of events involving the well-known family, according to the Charlotte Observer. Murdaugh was shot in the head but survived on September 4, and his lawyer says he had car trouble and stopped when someone in a truck turned around and shot him, the newspaper reported.

According to Fox News, on September 6, 2021, Murdaugh announced he was leaving his law firm and entering rehab to deal with a “long battle that has been exacerbated these murders.”

The statement sent to Fox read, “The murders of my wife and son have caused an incredibly difficult time in my life. I have made a lot of decisions that I truly regret. I’m resigning from my law firm and entering rehab after a long battle that has been exacerbated these murders. I am immensely sorry to everyone I’ve hurt including my family, friends and colleagues. I ask for prayers as I rehabilitate myself and my relationships.”

The two were shot “execution style” in a premeditated “very ugly” scene, FITSNews reported. According to The Augusta Chronicle, the bodies were found “outside the residence, near a dog kennel,” and the coroner confirmed they died from “multiple gunshot wounds.”

The suspect or suspects are not clear; neither is the motive, authorities said, though they said “there is no danger to the public,” according to FITSNews.

FITSnews reported through sources that a Murdaugh family member is a “person of interest,” and that R. Alexander Murdaugh – Paul’s dad and Maggie’s husband – is “a central focus of the probe.” The site noted that he has an alibi but quoted a source as saying there are “credible concerns” about when the shootings happened and said authorities are looking into “possible manipulation of the crime scene.”

The site says many are comparing the murders to a John Grisham novel.

Here’s what you need to know:

1. The Victims Were Shot to Death With Different Weapons, Reports Say

Authorities have not released many details. However, FITSNews reported, via law enforcement sources, that the Murdaughs died from “multiple gunshot wounds.”

The site reported that Maggie’s husband and Paul’s father, Richard Alexander Murdaugh Sr., discovered the bodies outside one of two homes on their 1,700-acre property around 10 p.m. on Monday, June 7, 2021. The Post and Courier reported that Maggie was found a few yards away from Paul.

Paul is the shorter brother in family photos; the other brother is Richard Alexander Murdaugh Jr., known as “Buster,” who was not harmed. There’s no indication he was present. He works at the family’s law firm, according to his Facebook page.

The Island Packet reported, also through sources, that the victims were shot with different weapons — a shotgun and an assault rifle. According to the outlet, Alex Murdaugh said he wasn’t home at the time of the shootings.

South Carolina law enforcement has only confirmed that they are “leading an investigation into a double homicide that took place in Colleton county last night,” FITSNews reported.

The tragedy of Beach’s death casts a shadow over the shooting of Paul and Maggie Murdaugh, although there’s no indication at this point that the deaths are related. Paul Murdaugh is pictured on the left in the above photo.

Beach died in a boating crash near Beaufort, South Carolina, in 2019, and, according to The State, two teens were “suspected of driving the boat while drunk.” One of them was Paul Murdaugh. He was facing three felony counts of boating under the influence at the time of his death, according to The Island Packet.

The Beach family released this statement to WJCL through an attorney:

The Beach Family extends its deepest and warmest sympathies to the Murdaugh family during this terrible time. Having suffered the devastating loss of their own daughter, the family prays that the Murdaughs can find some level of peace from this tragic loss. They would like the family and the community to know that their thoughts and continued prayers are with the Murdaughs. It is their most sincere hope that someone will come forward and cooperate with authorities so that the perpetrator of these senseless crimes can be brought to justice.

According to The State, the Triton boat owned by Alex Murdaugh rammed into a bridge, ejecting six passengers ages 19 and 20. Only Beach died.

Police alleged the survivors were “grossly intoxicated,” The State reported.

According to WSAV-TV, depositions in that case alleged that Paul Murdaugh was “drunk and belligerent,” even acting “like he was on drugs,” and he refused people’s attempts to get him to stop driving the boat. He was described as “crazy drunk,” and his girlfriend, another woman (not Beach), alleged he “slapped her and spit on her as she sat on a cooler,” the television station reported.

Paul Murdaugh’s case was pending at the time of his death and hadn’t changed since “his bond was modified to allow him to travel” in July 2019, The Island Packet reported.

The outlet noted that “the Murdaugh family is well known” in the state not only because of their law practice but because voters elected multiple members of the family to the state’s 14th Judicial Circuit from 1920 to 2006.

Online rumors that Renee Beach was a Beaufort jumper on June 9, 2021, are false, FITSNews reported.

“Alex represents injured persons in all areas of personal injury law, including trucking cases, products liability and wrongful death. He also serves as a part-time Prosecutor for the 14th Judicial Circuit,” the bio says.

According to The State, “three generations of Murdaughs have been state prosecutors,” solidifying the family’s power in legal circles.

That resulted in many convictions and also people sent to death row. They run a family law firm in Hampton that “has won millions of dollars in civil lawsuits,” the newspaper reported, including “relentlessly pursuing those at fault in fatal collisions.”

On her Facebook page, Maggie Murdaugh posted multiple photos showing her with her husband and their two sons. In 2020, she wrote a tribute to Alex for Father’s Day: “Happy Happy Father’s Day to the best who everybody loves️ Thank you for all u do for our family. You work so hard for your family and our kids r so lucky! Dad,Coach,Teacher and best friend”

5. A Family Member Implored People Not to Bring up ‘Negativity’

According to FITSNews, a family member, Mary Elizabeth Murdaugh, tweeted, “If you are going to report this case please only speak of those who have been killed. It is not respectful to discuss the family or any reputation. They have passed away do not bring up any piece of negativity in the past. Give us a moment please.”

The Island Packet reported that “a Murdaugh relative on the porch of a home near the crime scene” had just been notified and commented, “Now’s not a good time, as you can imagine.”

Paul Murdaugh’s Facebook page shows photos of him hunting and with family, but the last publicly visible post is from 2013.