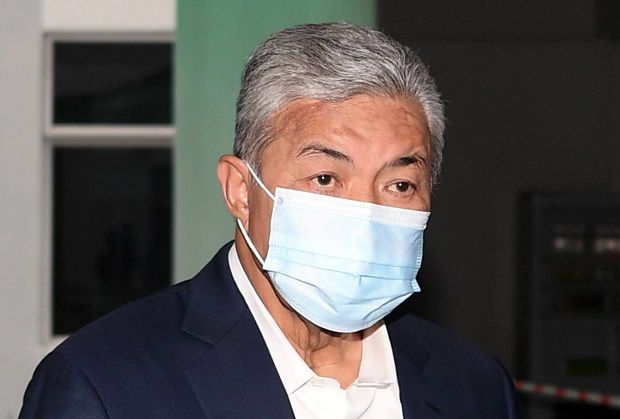 KUALA LUMPUR (Bernama): The High Court here Wednesday (Oct 20) was told that one of the charges against former deputy prime minister Datuk Seri Dr Ahmad Zahid Hamidi foor alleged embezzlement of Yayasan Akalbudi (YAB) funds did not mention the sales agreement and purchase of a hotel in Bali, Indonesia.

Counsel Hisyam Teh Poh Teik, representing Ahmad Zahid, said the matter was totally irrelevant to the charge, when the prosecution claimed that part of the RM17.9mil in funds was misused for a share purchase deal.

“Such fundamental circumstance, My Lord, as all the evidence adduced by Tan Sri Rashid, Datuk Mohammad Shaheen Shah are totally irrelevant to the charge.”

Hisyam said this in his submission in reply to the prosecution’s case against Ahmad Zahid, who is facing 47 charges of criminal breach of trust (CBT), corruption and money laundering involving YAB funds.

Last week, the prosecution told the court that the withdrawal of RM17.9mil from YAB funds by Ahmad Zahid was, among others, to facilitate his daughter’s bid to buy a boutique hotel in Bali.

Ahmad Zahid’s eldest daughter, Datuk Nurulhidayah, was interested in taking over the shares of Ri-Yaz Assets Sdn Bhd and in running the hotel in Bali, the court was told.

Ahmad Zahid, 68, is facing 47 charges – 12 for CBT, eight for corruption and 27 for money laundering – involving tens of millions of ringgit belonging to YAB.

For the 12 CBT charges, Ahmad Zahid was alleged to have used the funds to make six payments for his personal credit cards usage, insurance policies and licences for his personal vehicles, remittances to a law firm and contributions to the Royal Malaysia Police football association.

The offences were allegedly committed at the Affin Bank Berhad branch in Jalan Bunus, off Jalan Masjid India, here, between Jan 13, 2014 and Dec 23, 2016. The charge, under Section 409 of the Penal Code, provides for a jail term of between two and 20 years, with whipping and a fine, upon conviction.

The hearing before judge Datuk Collin Lawrence Sequerah continues on Nov 22, after Ahmad Zahid returns from Munich, Germany for his medical treatment. – Bernama